Could Your Customers Be Bullying Your Staff?
The subject of workplace mistreatment, or bullying, has well and truly found its way into mainstream consciousness over the past decade. I feel it’s important to discuss it as a natural extension to the consideration of customer accountability.

The uncovering of both issues caused senior managers to make swift changes. In the first case, the sales director was advised of the customer’s behaviour and raised it with the owner of the customer’s business. He investigated the matter diligently and was shocked to have confirmed that one of his people was behaving in such a way. He then had the staff member personally apologize to the supplier’s customer service staff.

In the second case, a similar top-to-top discussion was held with the customer. It revealed that the customer’s staff member making the late order changes had already received two performance warnings for related issues. After an investigation, a third and final warning was issued, and the matter was resolved, permanently.

It’s worrying to think that both situations only saw the light of day, and an opportunity to be resolved, through chance discovery. How many other examples of customer mistreatment are out there?

It’s worth contemplating what your own staff may be putting up with and the possible effects on their engagement, enjoyment, productivity and—ultimately—their health.

All business leaders have a duty of care for their employees’ wellbeing. To repeat the Dr. Phil adage, we do indeed “teach people how to treat us.”

Practising this requires a deliberate enquiry into the state of workplace relationships and the provision of a safe and secure environment in which to solicit and receive feedback, at all levels of a business and across all customer touchpoints. 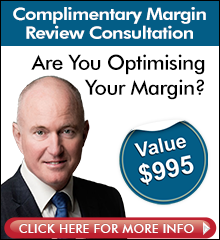